A common misconception is that the word GOLF is an acronym for Gentlemen Only Ladies Forbidden. This is a 20th-century joke that is completely false.

The term “golf” is now widely recognized to be derived from an archaic word that means “club,” but this may have earlier cognate origins stretching back to ancient times.

The term ‘golf’ was first used in Edinburgh on March 6, 1457, when King James II forbade ‘ye golf’ in an effort to promote archery practice, which was being neglected.

1457 Item it is ordanyt and decretyt that ye futbawe and ye golf be uterly cryt done and not usyt. (It is commanded and declared that football and golf be completely condemned and prohibited from being practiced.)

The royal ban on golf was repeated in 1471 by James III, son of James II and again in 1491 by James IV, his grandson. These prohibitions may not have applied to traditional links golf, but to a target form played in city streets or churchyards. Golf on the courses might have gone on indefinitely.

Between the aforementioned edicts, there were two mentions to the term “golf” in a translation of a French poem by Sir Gilbert Hay about 1460. The original text has been lost, and the earliest existing version containing the words has been dated to about 1554. However, it is more probable that the ‘golf’ instances originate from 1460 and before.the full details are discussed here.

There was no uniform spelling of any word prior to the development of dictionaries. Phonetically, people wrote. In Scottish sources, the names goff, gowf, golf, goif, goiff, gof, gowfe, gouff, and golve have all been discovered.

The first documented reference is spelt ‘golf’, but most people believe the old word ‘gowfe’ was the most common term, pronounced ‘gouf’. Certainly, the word ‘gouf’ is found extensively in written texts, long after ‘golf’ was the acknowledged game. Allan Ramsay used the term ‘gouff’ in his book.Elegy to Maggy Johnston in 1711. Dr John Rattray, the winner of the Silver Club at Leith in 1744, 1745 and 1751, refers to the ‘Gouffers’ in a letter in 1752. TheLoudoun Gowf Clubmaintains the use of this nomenclature. In Gaelic the word is ‘goilf’  and a golf course is ‘raon goilf’ or ‘cùrsa goilf’.

Some claim ‘golf’ is a purely Scottish term, derived from Scots words ‘golf’, ‘golfand’ and ‘golfing’, which mean ‘to strike’ as in ‘to cuff’ or ‘to drive forward with violence’. This viewpoint may be based on the likely origin of the key phrases from the ancient Greek word o (kolaphos), which means “to hit with the fist.”The Latin names ‘colaphus’ and ‘colapus’ have apparent cognate relationships.‘.

The verb ‘to golf’ first appears in dictionaries in the 18th century.

The titles golf, colf, kolf, and chole were used to describe a number of medieval’stick and ball’ games used in Britain and continental Europe. Following Grimm’s grammatical rule, which outlines the strong phonetic similarities of these terms, it is widely assumed that they are derived from a pre-modern European language phrase. Golf, colf, kolf, and chole are all said to have sprung from the Middle High German term for club, ‘kolbe’ (Der Kolben), and the Dutch word ‘kolven’ for the current kolf game. This genesis was mentioned in the Rules of Thistle Golf Club as long back as 1824.

In 1636, David Wedderburn, a Latin master in Aberdeen, used the word ‘Baculus’, which is Latin for ‘club’ as the title for his ‘Vocabula’, listing Latin terms for golf, which supports this derivation. The earliest definite reference of the golf hole in Scotland is found in the Vocabula.

The majority of golf clubs in the 16th and 17th centuries were created bybowers (bow-makers)whose skills made them ideally suited to the job. Only a handful of their names have survived.Two additional 17th century club manufacturers were been discovered.. By the late 18th century, club making had become a skill in its own right and club makers such asJames McEwan at Bruntsfieldwere making a good living.

The verbal meaning “to congregate in a club-like mass,” mentioned in the 1620s, then subsequently as a noun, as a “association of persons,” seems to have derived from the same source.

Golf, the game, the instrument, and the golfing society all derive from the same etymological root, meaning club.

how to watch live golf

How to Chill Beer: 5 Ways to Frost Your Ale and Lager 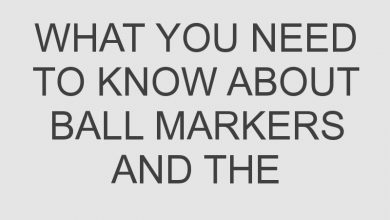 how many clubs in a golf bag